10 Things I Wish I Would Have Known Before My Concussion

Past patient, Anna Empey shares her experiences in a series of blog posts including "Perspective After a Brain Injury" and here in this post.

I sustained my first concussion in July of 2011, playing broom hockey. My roller skates slipped out from under my feet, and I hit the back of my head on the right side on cement.

I didn’t know how severe my concussion was until I went to the doctor a week later with symptoms such as:

At the time, it was diagnosed as a "grade 3" concussion, which means I also had lost consciousness for more than 30 minutes. I was told to rest for a few months, and slowly I got back into my life over the next six months.

I came to Cognitive FX in 2015 about 9 months after I sustained another concussion on the front right side of my head in a car accident. It has taken me time to be grateful for both of my injuries, but most importantly I am thankful for who and where I am now. I wanted to share 10 things I wish I would have known before I had a brain injury. 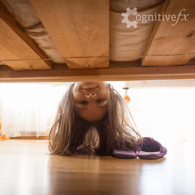 It comes to a point when you have to stop resting and waiting for something to be better, and you have to take the actions to get better. I believe that if I had taken the correct steps sooner, I wouldn’t have lived with symptoms for so long. 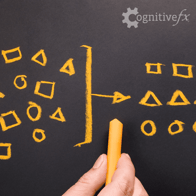 2 - Side-effects of medications can also be confused with real symptoms of a concussion.

I was told that my headaches were because I was addicted to acetaminophen and ibuprofen. While acetaminophen and ibuprofen can have side-effects, they are not addictive. I was also on other medications, which had side-effects that are very similar to post-concussion syndrome. A variety of medications such as pain relief, sleep aids, and more were used as a tool to mask my concussion symptoms. I received clarity about the need for my medications when I asked if the symptoms I was experiencing existed before my brain injuries? What is the cause of my symptoms, are they from the injury itself or the medications I was on?

3 - Do not ignore concussion symptoms that persist.

I lived with daily migraines for around five years. I thought they were my new standard when, in reality, there were a lot of different things I could do to improve. If you are experiencing symptoms even two months after your injury, then do not ignore the connection between the brain injury and your symptoms. 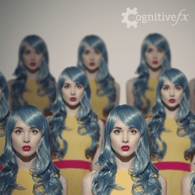 4 - Concussion symptoms can look like a lot of other things too.

Throughout both of my injuries, I lived with a whole bunch of symptoms. In the process, I had a variety of doctors link my symptoms to other mental health conditions, along with other health problems. Before Cognitive FX, I was feeling like I was making up symptoms, or that I was just stupid or over sensitive. What I learned with my first brain scan, was that the symptoms I was experiencing were objectively linked to dysregulation, and decreased function in my brain. This scan changed my ability to understand that there was something I could do to improve these symptoms and a concussion was the cause. 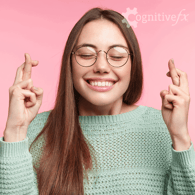 5 - Post-Concussion Syndrome can be treated.

I lived with symptoms for five years. At the three-year mark, I started to believe I would never improve. Then I got my second injury, and I was worried that there was nothing to be done. When I met with Cognitive FX, I was skeptical that anything would change or improve, but I decided to trust them anyhow. Trusting this process allowed me to learn something I thought was impossible or unrealistic, that you can treat long-term symptoms and post-concussion syndrome. It really can get better. I realized that doctors and specialists that exist that were on my side. 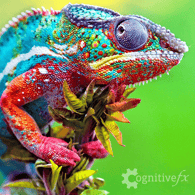 6 - The brain can alter its function based on neuroplasticity.

During my week of treatment, I was worried it was because of a new environment, or something “magical,” but as time has passed since treatment, looking back, I do see that in that week my brain did make major changes. Not only did I begin to feel this, but when I compare my pre- and post- fNCI scans it objectively shows the improvements, and I knew where I could keep focusing on continually improving. The brain really can change with specific and targeted treatments to force it to function in a healthier way. 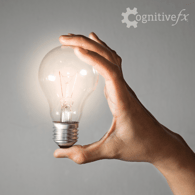 7 - Just because I got a concussion it doesn’t mean my brain doesn’t work or that I am stupid or crazy.

I really started to think I was crazy. Other people started telling me I was crazy. I became aware that I was not myself or able to do the things I was capable of before. It got depressing, and I felt hopeless for a long time. But what I realized during treatment was that the things that had changed were really because of an injury, something I could not control, but that in no way shape or form made me stupid or incapable. I hope that you know how smart and capable you are. You can do it!

8 - Limiting myself only does that – limit myself.

When I was diagnosed with my first injury, I was told that if I let my heart rate get above 120 bpm, I would most likely pass out, with the potential of more severe brain injury. After about six months, I was able to start driving and walking long distances again, but I was still terrified of raising my heart rate. For five years, I never exercised or got my heart rate up. Recently, I realize that after I was cleared by my neurologist, about one year after my injury, to increase my heart rate I still didn’t because I let the fear of another injury stop me. I learned that by limiting myself, it only limited my ability to get and feel better.

9 - Just because one doctor says you can’t improve doesn’t mean you won’t. 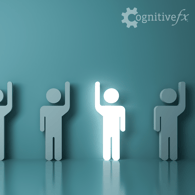 As I have worked with many doctors and therapists, I have realized that not all care is the same. Also, that just because one doctor’s perspective might be that I could not improve it does not mean that I can’t. This fear was something that held me back from progressing. I thought if I had seen one doctor I had seen them all, but what I learned is that each doctor has different specialties and knowledge and understanding. Finding a doctor that is on the same page with my goals, to get as close to 100% better as possible, was the best thing I ever did for myself. 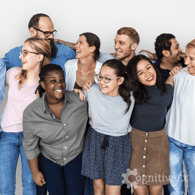 Since working at CFX, I have met hundreds and hundreds of people who are living with brain injuries. I realized that I was not alone and so many people got what I was going through that I felt like I could be better. I feel like I fit with people for the first time in a long time. When I first was injured, there wasn’t a Facebook group or a lot of resources online that connected me with others who were facing the long-term symptoms of a brain injury/concussion. It was not talked about or very well understood in the medical community. Technology and support from others are changing every day. I am amazed at the statistics from the CDC. Millions of people each year get a TBI or mTBI. It makes me sad but also has been comforting to me that there are others who get it, and if there are other people who get it then there are doctors who get it as well.

These ten things are very significant to me now, and I hope that you can find some comfort, and courage throughout your experience. Those who have a TBI or a concussion inspire me all the time. It is a daily fight to show up for yourself and not give up, and I see just how powerful taking even the little actions are. I know that together we can take a stand for ourselves. I also know that as we act powerfully we can find ways to make our lives valuable with the contributions and stories we share that touch the lives of others in our shoes.