Why I Came to Cognitive FX...

I was in an auto accident on January 2, 2001. I received a severe TBI, broke my back, pelvis, jaw, ribs, and pretty much every bone in my body. I was grateful to be alive, but after a few years I had accepted the fact that I was going to be deficient for the rest of my life. 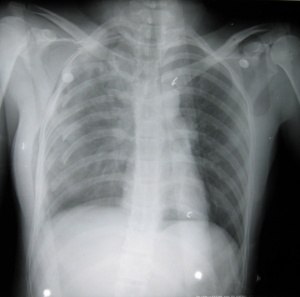 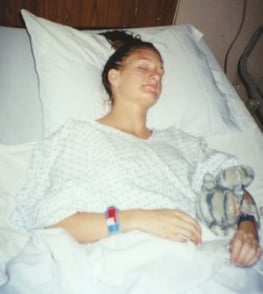 I tried to manage in creative ways, mainly through use of my cell phone/lists/alarms, and functioned as best I could. I used humor to hold back the stress and tears. We joked I had “Aimee-nesia”.

I wasn’t incapable. I was able to graduate from college and earn two master’s degrees after my accident, but it was taxing. I had to study harder, I couldn’t remember or comprehend the things I read and I ALWAYS had a headache. It was exhausting. Life was just tough.

When I learned of Cognitive FX I was afraid to think about the possibility of correcting any of my brain trauma. A friend told me about this amazing facility that could restore brain function after brain injuries and concussions. When I realized she wasn’t kidding, I quickly looked CFX up online.

I filled out the online CFX questionnaire, then received a follow-up questionnaire via email. I seemed like a good candidate for treatment and was then scheduled for a free consultation.

During the consultation, it was explained why I exert extra effort to accomplish tasks that had been easy for me prior to my brain injury. Dr. Fong told me she was confident Cognitive FX could help me. I struggled to believe it.

Almost 17 years without hope. It was then that I learned how much the treatment would cost. I was terrified to invest that amount of money into something that was so new, without a significant amount of long-term research. And there were no guarantees. No guarantees!

I did research on brain recovery, Cognitive FX, and all other options available to me, which were extremely limited. Within a few weeks, I decided to schedule my fNCI scan and EPIC Treatment with CFX. They’re unlike any other facility in the world and I quickly learned their unique scan is just the beginning. Their treatment style is unparalleled.

Getting my report of findings, after the pre-scan, was incredibly validating. We reviewed several graphs, as a visual representation of my brain. They explained WHY I had constant headaches, couldn't remember words, and had light and sound sensitivity, dizziness, fatigue, and memory problems. It was comforting beyond belief to know that I wasn’t crazy. Then to be told there was hope was almost too much for me to take.

I started treatment a few weeks later with skeptic optimism.