Quirien Willemsen is a happy, busy mother to three young girls in Loenen aan de Vecht, The Netherlands. She works as a legal counsel for a bank, loves going skiing on holiday, and embraces life to the fullest. But just six months prior to this interview, it seemed like that lifestyle was lost forever. 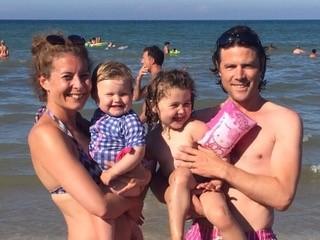 Quirien with her husband and two of their daughters on holiday.

In May 2018, Quirien was hit by another bicycle from behind while biking. At the time, she was discombobulated but had no visible injuries. “I fell on the ground and blacked out,” she recalled. “The minute I woke up, I noticed something was wrong. I did not have any bruises, but my neck and head were not really well. It was a strange sensation.”

She shooed away passers-by who wanted to help her and make sure she was OK. Her one priority was getting back home quickly and safely. In retrospect, she realized that adrenaline — and her grogginess after waking up from the fall — hid the severity of her injury.

In our conversation, Quirien shared what happened to her after her concussion, how she recovered from what seemed like permanent, life-changing symptoms, and what she’s doing now to continue healing.

If you’re experiencing symptoms that won’t resolve after a traumatic brain injury, you’re not alone. And you’re not crazy. On average, our patients improve by 75% after treatment at our center specializing in post-concussion therapy. To see if you are eligible for treatment, schedule a consultation.

The Concussion That Took Her Voice Away

The day after her accident, Quirien’s concussion symptoms set in. She had throbbing headaches, sensitivity to light and noise, and fatigue. But the scariest symptom was how hard it was to communicate what she was experiencing.

“My speech was gone. I could not speak at all. My husband asked me a question and I was just babbling away, I could not find the words. It was really difficult for me to tell him what was wrong, and that was very scary,” she said.

“Normally I am a fast speaker, and during the first weeks after my bike accident, I was talking like a robot running on a low battery!”

Her husband brought her straight to the doctor, who told her to rest until her symptoms went away. He thought she would be fine in about a week. So for the next week, Quirien sat on a chair in her bedroom with the lights off, unable to interact with her family or do any of the activities she wanted to do.

“But I wasn't really getting better. Actually, it got worse and worse and worse. Especially with the sensitivity toward sounds — in combination with my three kids running around in the house, it was very stressful,” she said.

“I just sat on a chair in my bedroom and that was it, all day long. I just sat there and sat there, and a couple of weeks turned into a month, and a month turned into two months, three months, and so on.”

Her husband brought her to the hospital for a second opinion, but they told her to keep resting because her MRI showed what appeared to be a normal, healthy brain.

She was effectively trapped in her own home with no resources for recovery. While she did regain most of her ability to speak after the first week (she still said odd things that were inconsistent with who she was before the accident), the other symptoms did not abate. On top of that, she couldn’t work — reading was difficult, and trying to reason from one idea to its logical consequence was no longer within her grasp.

Quirien is now back to work six months after treatment.

At the time, Quirien had never heard of post-concussion syndrome. And she had no idea that her two previous concussions (from childhood) could be contributing to her condition. But that changed when someone showed her a blog post about another concussion patient from the Netherlands who made a full recovery.

Finding Hope in Utah: How Quirien Fought to Recover

The story she read online pointed her in the direction of Cognitive FX, our post-concussion treatment clinic in Provo, Utah. When she read about treatment options, she was skeptical.

The website promised an alternative to resting and hoping for the best; instead, a team of doctors and therapists would work with her to pursue active rehabilitation. For five full days, she would do multidisciplinary physical and cognitive exercises that were designed to help her damaged neurons recover via neuroplasticity.

After months of no improvement and heartbreaking symptoms, could a week of exhausting physical therapy and cognitive games really be the answer? It sounded too good to be true, but she scheduled a scheduled a consultation anyway.

As the consultation progressed, she realized she had found the right team for her. “They know how to explain your symptoms,” she said. “It all added up. The loss of speech, the headaches, the sensitivity towards the light and sound… They were all connected. Before that, I had no idea.”

When she arrived, they did an fNCI (a kind of functional MRI that looks at blood flow as it correlates to brain activity). Her scores initially showed that her brain was not working correctly (1.48 fell into the red zone, as seen below). Many of her brain regions were working extremely hard to compensate for the injury she experienced.

The purpose of the scan was twofold. First, the Cognitive FX team would use the scans to determine which combinations of physical and cognitive therapy to use during Quirien’s treatment. Second, the scan was repeated at the end of the week to validate treatment success. As hoped, Quirien’s brain looked significantly healthier, with nearly every brain region working within normal limits.

During treatment, Quirien worked hard to do whatever was required of her.

“They had this tailor-made program for me, and the first thing I did was get on a treadmill. But after a couple of months doing nothing, I had no energy, no stamina,” she laughed. “But they had a trainer standing next to me. When I got off, we did some breathing exercises, and it was all good after that. Whenever I had a question, they were up for answering it, but also in a way that was easy for me to understand.”

“I did a lot of cognitive exercises as well,” she added. “I loved them. They showed me I'm not crazy. I'm not dumb. My brain still works — it just needed some help!”

Her favorite exercise was a memory game in which she had to remember around 20 to 30 cards by making up a storyline connecting each card to another. She recalls doing exercises with numbers, such as remembering four numbers and listing them in different ways, such as inverse order or from high to low, but also with some addition and subtraction in the mix. 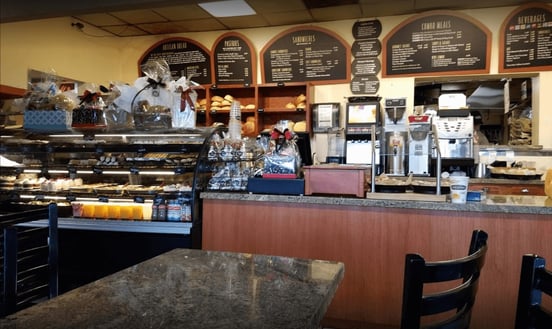 During the first two days, she didn’t notice any major differences in symptoms. During her lunch break, she would go to Kneaders Bakery and Cafe to buy bread for lunch every day. Initially, the hustle and bustle was overwhelming. The sound of the bread machine grated on her ears. She would dart in, buy her bread, and leave as quickly as possible.

But on Wednesday, she thought, “This is quite doable,” even though the bread machine hadn’t changed, there was a table of screaming kids, and it was as busy as it always had been. “That was the first time I could sit down and enjoy my bread without getting overwhelmed or wanting to just run and get away,” she said.

When her husband flew in at the end of the week, he met her at the hotel and was amazed by how energetic she was and how much more clearly she could express herself. After treatment, she even felt well enough to check an item off her bucket list.

“I love to ski. And I told my husband, I want to ski in America. So we went to Park City in Utah and they have this really amazing powder snow. And I told them, if it does not work out, it’s still good. We thought we'd just go there and see what happens. Just to be able to walk in the snow would be great. But I had such a good day, so we decided to rent some skis and get into the lift. We got on the slopes! Just to ski was crazy, after one week of Cognitive FX. I know now it sounds so strange and unbelievable, but I was able to do that. It was just amazing for me to take one slope. To be able to do that again — that was just so great,” she gushed. 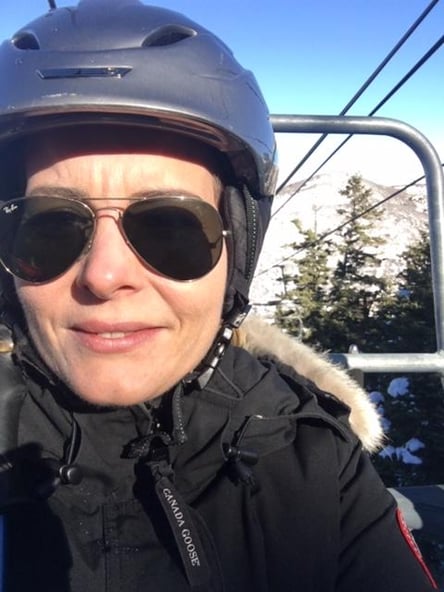 Quirien on the ski lift in Park City, Utah.

Moving Forward in the Netherlands

When she went home, Quirien continued to do the exercises that her therapists at Cognitive FX taught her. She also bought some cognitive games to do at home, including Spot It!, a visual perception game. “I play it with my kids. They also love to play it,” she shared.

And over the past six months, she’s continued to improve. Gradually, she built up her strength and returned to the workforce.

Transitioning back into normal life after experiencing such debilitating solitude wasn’t easy. She’s working with a cognitive behavioral therapist and a few other doctors in the Netherlands who manage ongoing care.

“A lot has happened during this process, from a psychological point of view. She helps me get everything straight and gives me some coping mechanisms. It's really good to talk with someone about this whole experience,” she explained.

Quirien also found community amongst other Dutch “graduates” of Cognitive FX. “It's very nice to share our experiences, tips, and tools, and to know that you have some fellow sufferers out there,” she said. One of the best pieces of advice she received from her newfound community is to look for the silver lining and appreciate the progress you’ve made over time. Reflecting on that journey helps you stay strong and keep moving forward.

Support — both from community and family — makes the journey so much easier. Quirien mentioned one of the best parts of the last few years is how dedicated her husband of seven years has been to caring for her and her daughters, even in the times that all the work (both inside and outside the house) fell to him.

“We really got out of this as a team. So that's really a positive thing out of this messy situation,” she said as she smiled.

Note: If you’re experiencing symptoms that won’t resolve after a traumatic brain injury, you’re not alone. And you’re not crazy. On average, our patients improve by 75% after treatment at our center specializing in post-concussion therapy. To see if you are eligible for treatment, schedule a consultation.