33 Years After a Traumatic Brain Injury (TBI), This Businessman Reclaimed His Life

Samuel Gray spent his entire life trying to push past an invisible wall. His symptoms — things like brain fog, noise sensitivity, short-term memory loss, anxiety, and depression — made every day a challenge. And for most of the thirty-three years he suffered, he had no idea that his challenges stemmed from a childhood traumatic brain injury.

So when he finally found a doctor who could (and did) treat his condition, it took time for him to internalize the idea that his battle was finally over.

“I was driving home from work after a full day and I thought, ‘Well, that was easy. I could probably do that tomorrow,’” he paused. “‘I’ve never thought that before.’” After that moment, he felt like he could do anything.

“I used to come home exhausted from a day's work. I didn’t want to talk to anybody, so I would go hole up in my room and hide on Facebook or some game on my phone. And now, I come home and help out with things or fix something,” he said.

“I'm looking for more things to do at work. I've asked my boss, ‘What can I do to get a promotion around here? What can I do for a raise?’ I never would have done such a thing. I was always so anxious and worried. Now I'm going in and talking to the higher-ups and presenting in meetings. I'm studying for an exam to get my Certified Treasury Professional (CTP). These are things I never thought I could have done. I'm just doing them now. Everything's coming at lightspeed. It's amazing,” he shared.

If you’re experiencing symptoms that won’t resolve after a traumatic brain injury, you’re not alone. And you’re not crazy. On average, our patients improve by 75% after treatment at our center specializing in post-concussion therapy. To see if you are eligible for treatment, schedule a consultation.

Most patients who visit Cognitive FX (where Sam was treated) are suffering from post-concussion symptoms. The brain trauma they sustained during their injury resulted in long-term damage and symptoms that wouldn’t resolve without targeted therapy. Sam’s brain damage, while similar to that of a concussion patient, was triggered by an unusual event.

When he was just shy of 11 years old, a blood vessel between the left and right side of his brain broke while he was playing in the yard. Immediately, he developed a pounding headache. When he ran to the kitchen, the vomiting started. His mother thought he had the flu, but over the next few days, his condition didn’t improve.

Looking back on that time, Sam’s father always said they were going to take him to the doctor earlier than they did, but something told them to wait a little longer. As it turned out, the decision to wait saved his mind from irreparable damage.

His doctors told them that if he had come in right away, they would have performed brain surgery immediately. As it was, they decided to wait and see what happened, since he “wasn’t already dead or comatose” (which they expected him to be). By no small miracle, he recovered without surgery and went on to graduate high school, earn his MBA, and secure a career in finance.

Sam believed he was off scot-free. 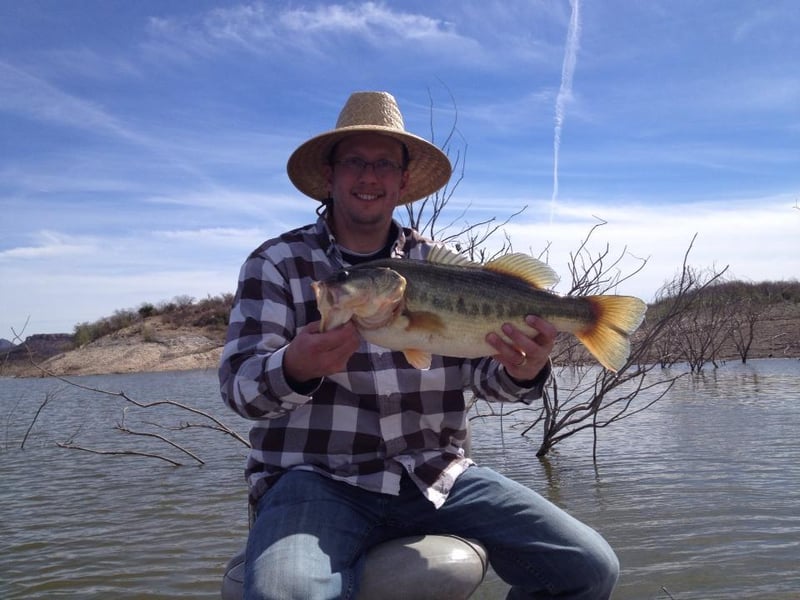 One of Sam’s favorite ways to relax these days is to go fishing.

But in the years that followed the “brain bleed,” as his doctors called it, Sam developed migraines. His doctors suggested that he either had PTSD from his experience in the hospital or that perhaps it was hereditary.

By his mid-20’s, the headaches were so bad that his doctors prescribed Topamax, a medicine designed to prevent seizures and migraines. While it did help with the migraines, it made his short-term memory even worse than it was.

“I was talking with the doctor recently about the memory loss and he said, ‘Oh, that's funny. We have a nickname for it. We call it Dopamax because it makes people dopes,’” Sam recounted. Needless to say, he wasn’t thrilled with being on the medicine, but he couldn’t get by without it, either.

Despite the setbacks, he pressed on. “I couldn’t seem to remember what was going on day-to-day. I remember being very frustrated and feeling like there was an intelligence inside that was trapped. I couldn't get out,” Sam said.

But roughly two years ago, everything took a sharp turn for the worse. For the first time in his life, Sam experienced depression, and his anxiety skyrocketed. Going to work felt like a monumental task. Sitting in a crowded restaurant was intolerable.

He knew something was wrong — more than just hereditary migraines or unprompted emotional turmoil. But he didn’t know what. And he despaired of ever getting better. 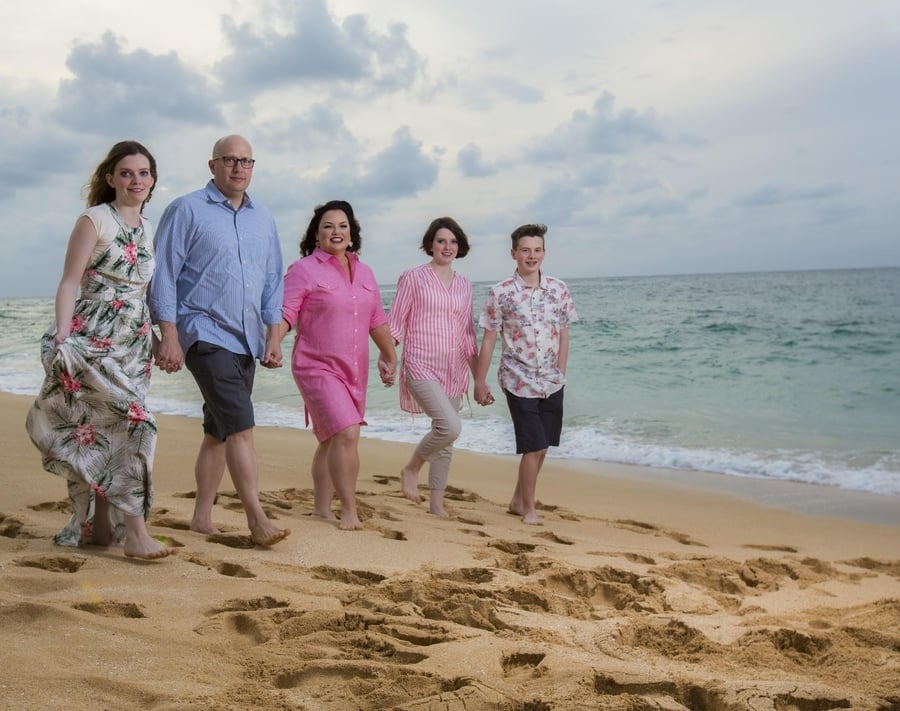 Sam with his wife and three children.

Unbeknownst to Sam, his nephew was undergoing a similar battle. After a skiing accident, he suffered concussion symptoms that wouldn’t go away. They were just like Sam’s: short-term memory loss, anxiety, depression, brain fog, and more. Since they lived near Provo, Utah, where Cognitive FX is located, Sam’s sister took her son in for treatment.

After a week of intense therapy, his symptoms were gone. Realizing the similarities between her son’s experience and her brother, she called Sam and urged him to fill out the consultation paperwork.

At first, he thought she was crazy. Why should he get treatment for a brain injury when he’d never had a concussion? “It was so long ago, I hadn't even thought about it,” Sam explained. “She's 13 years older than me, so she had watched me go through it. So she said, ‘You dummy, you totally had one — the brain bleed!’”

But as he filled out the form, Sam realized that he had so many of the symptoms listed…

He didn’t really believe his brain injury could be causing all of them until he went in to get his fNCI (a kind of functional MRI showing blood flow in the brain while the patient executes various cognitive tasks).

Afterward, Dr. Fong (Cognitive FX’s co-founder) called and told him that many regions of his brain were three standard deviations from the norm. He was absolutely a candidate for treatment, and she was astonished at how much he’d been able to accomplish given the severity of his condition.

“It was a great moment to have someone validate everything I’d been struggling with,” Sam said.

Treatment for Sam’s injury involved a grueling week of physical, cognitive, and emotional therapy. He recalled one of the most challenging exercises: balancing on the flat side of a Bosu ball while a trainer had him name a fruit for every other letter of the alphabet, beginning with the letter z… all while they tossed a football back and forth.

“Doing that is very difficult when you haven't used those parts of your brain in 33 years!” he added. 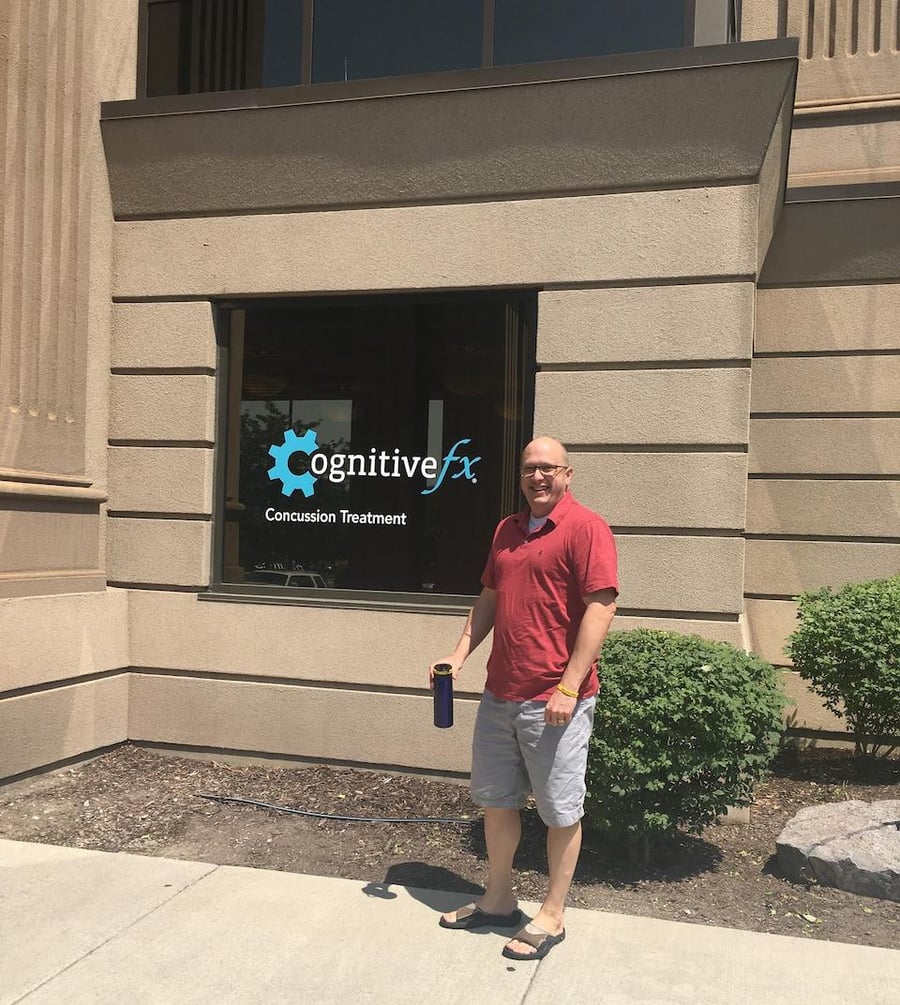 Sam posing outside Cognitive FX, where he received treatment for his TBI.

At the time, Sam didn’t feel like he was making progress. His anxiety and depression were still present, and he struggled to believe that all his hard work would pay off. Fortunately, he wasn’t alone. His wife and his sister were there to support him — and they noticed progress he couldn’t see.

“About midweek Wednesday, we had gone to lunch, and we were in a crowded restaurant where the seats were really close to each other. Everybody was loud and obnoxious and there was a crying baby. My sister and my wife were getting ready to pack the lunch up and get out of there because they thought I was going to freak out. But they didn't say anything to me and I didn't do anything. I just stayed,” he said.

“And as we were leaving, they said, ‘Oh my gosh, I thought we'd have to leave. It was so noisy.’ And I said, ‘What are you talking about? I didn't even notice.’ And normally, I would have made them leave. So they were noticing things, even if I didn't notice these things.” 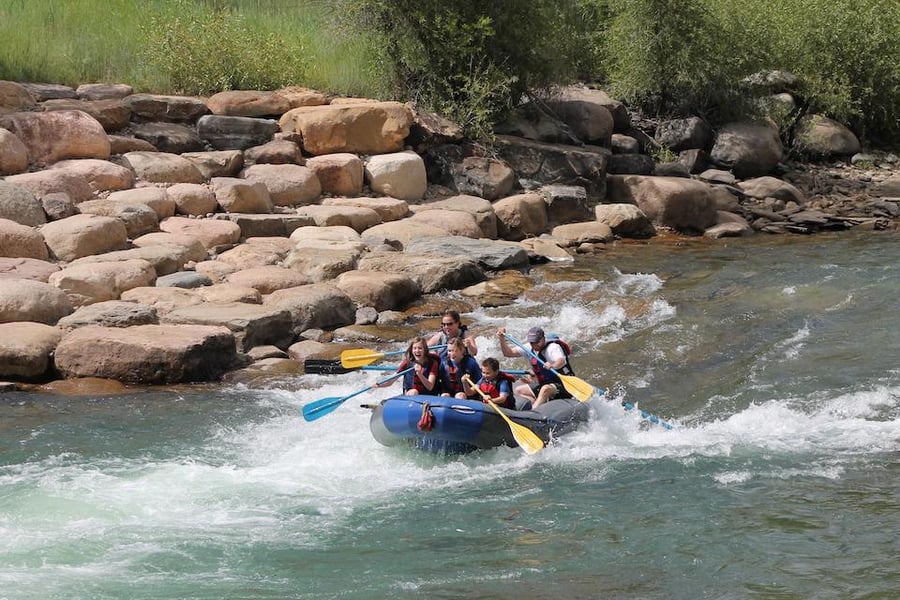 After his treatment, Sam feels like he woke up from a dream. He had no idea how much he had relied on his wife for things like maintaining his schedule and finishing his sentences. The world looks like a brighter place, and he’s noticing details about his home that he never saw before. Now, he feels like he can’t be stopped.

He’s since referred seven friends, family members, and acquaintances to Cognitive FX. All of them came back reinvigorated and more capable than ever.

“I didn't go out and advertise that I was having horrible problems, but people see the change in me. They ask, ‘What happened to you?’ and ‘Was it worth it?’ And I tell them, not only was it worth it, but I would pay ten times what they charge. I would mortgage my home, empty the bank account, and do it twice over to pay for it again.”

“It changes your life,” he said.

Note: If you’re experiencing symptoms that won’t resolve after a traumatic brain injury, you’re not alone. And you’re not crazy. On average, our patients improve by 75% after treatment at our center specializing in post-concussion therapy. To see if you are eligible for treatment, schedule a consultation.