After Five Years of Failed Treatment, This Former Player Overcame Her Soccer Concussion Symptoms — Here’s How

When Sam Pembleton arrived at Cognitive FX for post-concussion syndrome treatment, she was shaking. Her nerves were so bad that she couldn’t speak to the other people in the waiting room. When they put her in the MRI machine, she panicked. It took several tries just to get through the scan.

Why? Because for the past five years, the teenager from Guelph, Ontario, endured debilitating soccer concussion symptoms that wouldn’t go away. Most of the time, she couldn’t attend school. She spent hours every day alone in her room, sometimes with a towel over her face to block out all the light.

She had gone to doctor after doctor, treatment after treatment, and she was out of options. This was the last one. She wanted it to work even though she couldn’t bring herself to believe it would.

These days, she holds a job while finishing high school, hangs out with friends, and is able to have fun — like going to the movies or concerts — without any repercussions. 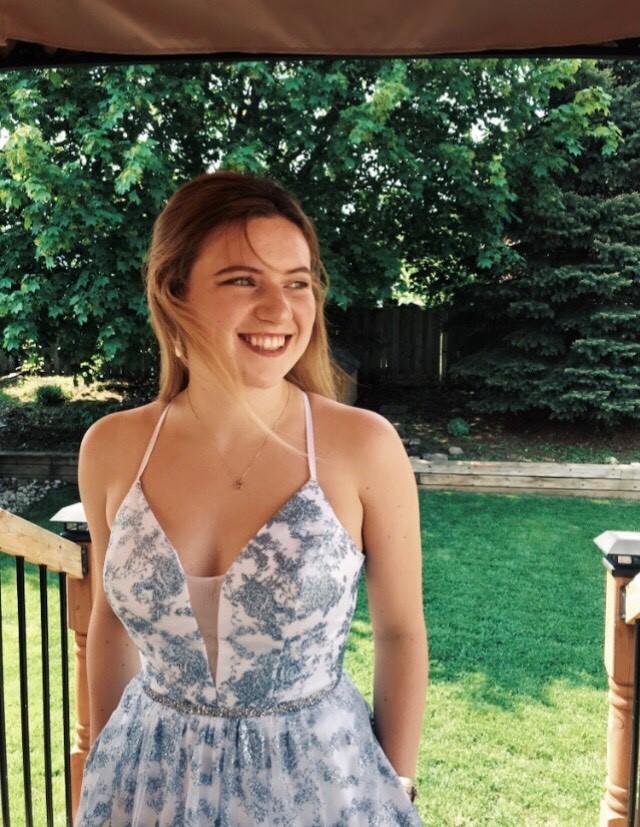 Sam spoke with us in July 2019, seven months after her treatment, to share her story — how she got injured, what she tried, and how she finally recovered.

If you’re experiencing symptoms that won’t resolve after a soccer concussion or any other mild traumatic brain injury, you’re not alone. And you’re not crazy. On average, our patients improve by 75% after treatment at our center specializing in post-concussion therapy. To see if you are eligible for treatment, schedule a consultation.

In middle school, Sam was an avid soccer player. She loved the sport and her team. But during one of her games, an opposing player bodychecked her to get the ball. While Sam never hit her head, it whipped back when she fell. That whiplash was the beginning of her trouble.

For the next two months, Sam couldn’t go to school because of her symptoms. She had a mild headache, couldn’t use electronics, and was tired most of the time. After a month of rest did nothing to help Sam, a local specialist prescribed physiotherapy.

“They'd kind of poke around my neck and stretch it out a little bit. And then afterward, they had one of those little gyms and we'd work on my shoulder and arm muscles,” she explained. “They were more focused on the neck portion of the whiplash. It didn't make it better or worse.”

Eventually, her doctor recommended that Sam go back to school. Her symptoms hadn’t completely resolved, but they weren’t unbearable either. 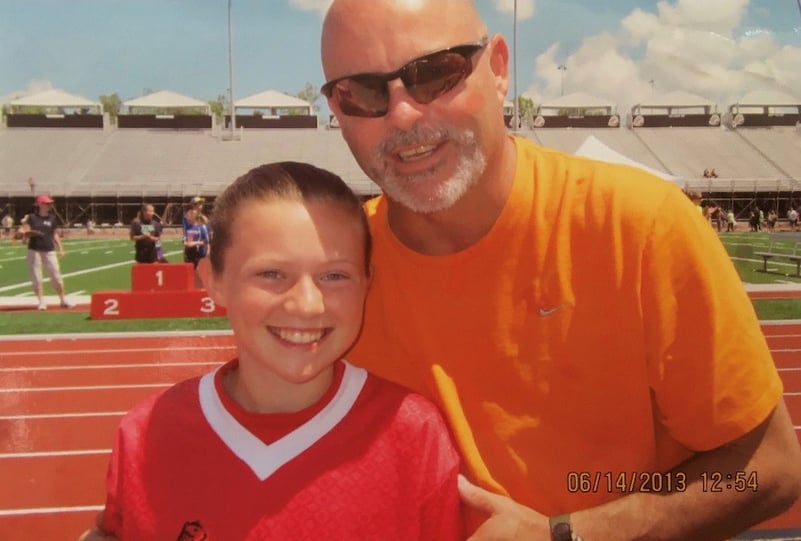 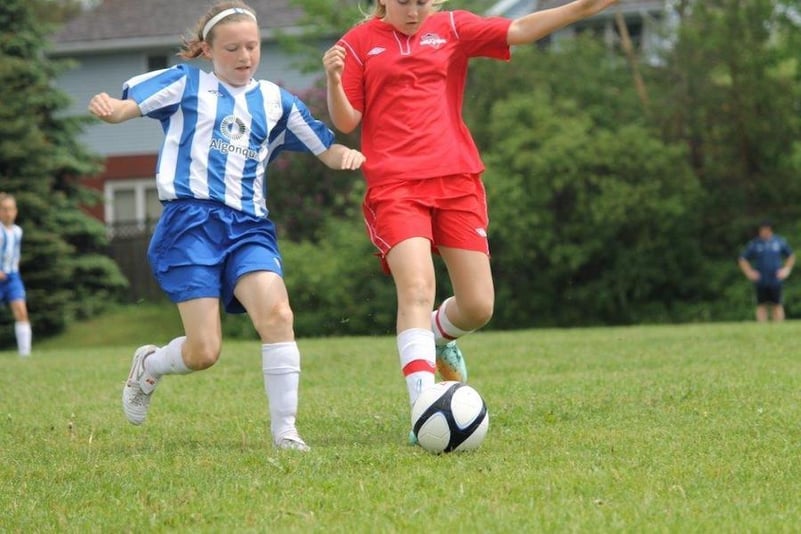 Sam (in red) loved to play soccer during her middle school years.

Shortly after returning to school, Sam had her second soccer concussion… even though she wasn’t playing soccer. She was just standing outside, minding her own business, when a frozen soccer ball accidentally slammed into her head. “That kind of sealed the whole concussion deal for the next 5+ years,” she said.

So, she tried resting again. “I just did minimal stuff and laid on the couch. A couple of months went by and I was still waiting for it to get a bit better, but that just never came,” she said.

As it turned out, time only made the concussion symptoms worse for Sam. At first, she could tolerate a few classes per week and could go for short walks outside. But over time, her sensitivity to light and noise increased. Her headaches became severe. She would read a paragraph for school seven or eight times before the message sank in. She was tired all the time.

She pushed through schoolwork at home, with the help of tutors. But after a year, the isolation really kicked in. Her friends drifted away.

It was a dark time.

Five Years of Searching for a Cure

During those five years, Sam wasn’t completely inactive. Her mother worked hard to find a doctor who could handle her condition. Sam tried all of the nearby concussion doctors and clinics. None of them could help.

Then, she went to a clinic in Chicago that specializes in concussion recovery. They did a mix of physical therapy and cognitive therapy designed to tackle the brain, one region at a time. They would do a bunch of exercises to help with vision, for example, then move on to balance, and so forth.

“It was supposed to be a two-week program, but after the first week I wasn't showing any signs of getting better. The doctors were kind of stumped with what to do with me. So I got sent home early from that,” she said.

“We pretty much exhausted all of the resources around us. But there wasn't one thing that brought me even the slightest bit of relief or helped even just a little bit with the symptoms.”

After the clinic in Chicago failed, she didn’t want to try any more clinics. “I was scared of getting everyone's hopes up and then being sent home again because they couldn't fix me or they didn't know what was wrong with me,” she continued. 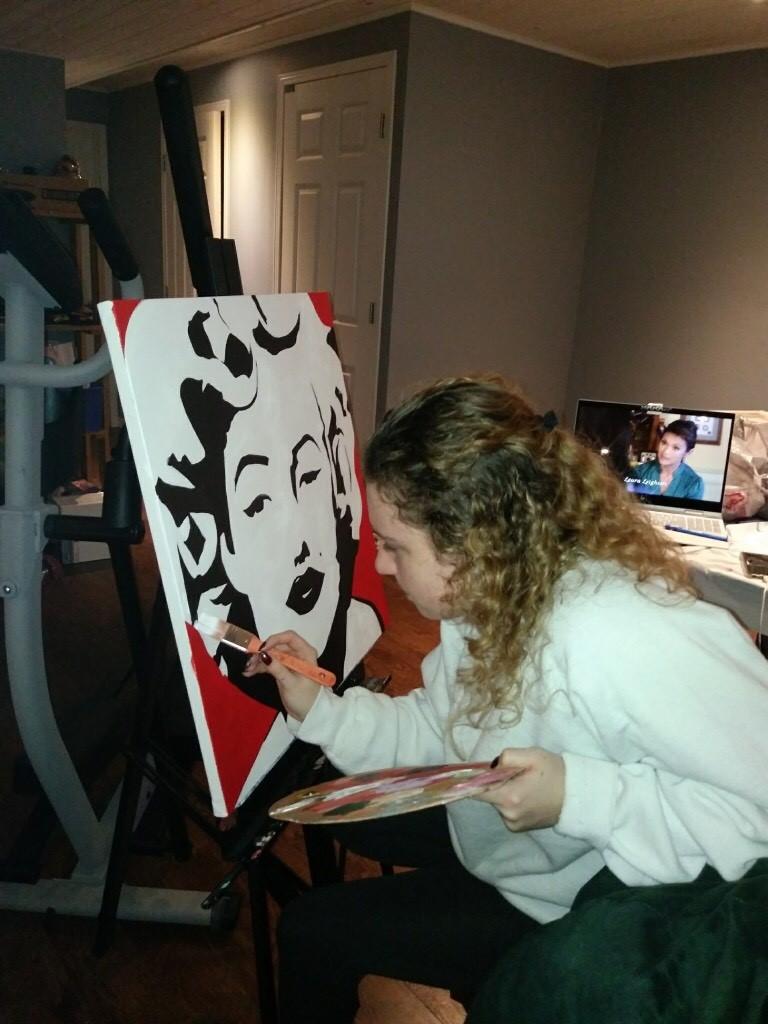 Sam took up art (especially painting and photography) after her concussions.

But even though Sam had given up, her mother hadn’t. She joined several concussion Facebook groups and discussion boards in the hopes of finding something that could help her daughter. That’s where she came across Cognitive FX. Several patients mentioned how much the treatment helped them, so she shared the information with Sam. Sam was hesitant to try it, but also realized she couldn’t afford not to try it.

“Leading up to that, my anxiety was getting really bad,” she said. “I started to get pretty severe panic attacks randomly throughout the day. It got to the point where I couldn't even eat dinner with my family. I was just fed up and scared. I guess I realized that there wasn't any way it could get worse. So I thought I might as well try this place.”

What Sam Experienced at Cognitive FX

After a few more months of waiting, her scheduled week of treatment finally arrived.

After Sam’s initial scan, the treatment team explained what they found. Unlike the other clinics Sam visited, the Cognitive FX team doesn’t start treatment until completing an fNCI scan (a type of functional MRI). Using Sam’s scan, they could pinpoint exactly which regions of her brain were residually damaged by the concussion and in what manner.

The treatment that followed was designed to leverage neuroplasticity to help those regions heal — for good. She spent hours every day for a week doing physical and cognitive therapy.

“The one I really noticed that I improved in throughout the week was the cognitive activities,” she recalled. “It was an hour-long therapy and it was just one-on-one with someone. You’d do a cognitive activity, like sorting through a deck of cards, but at the same time someone would give you a four-letter sentence and you'd have to arrange it alphabetically while you were still sorting through the cards. It was a lot of multitasking!” 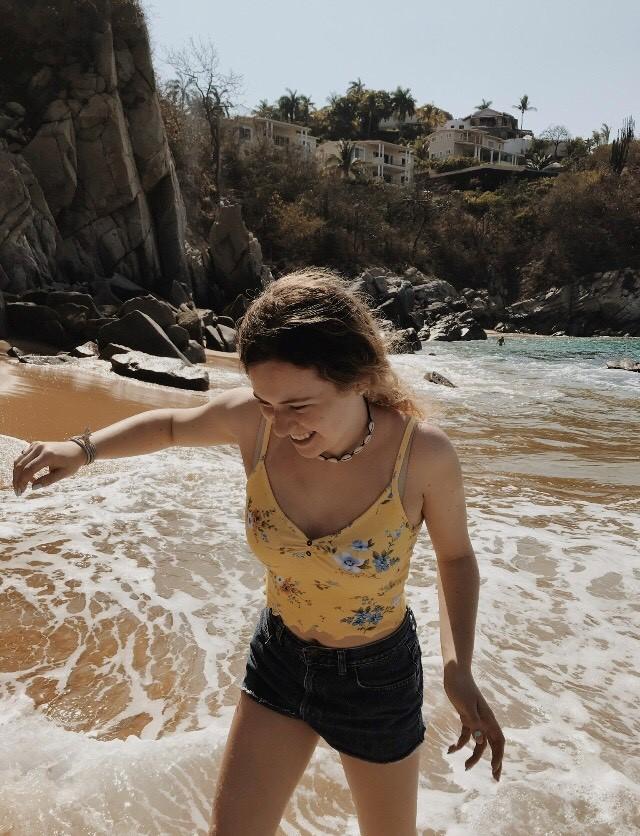 Sam wasn’t able to go outside very often because of her sensitivity to light. Now that her symptoms have abated, she’s catching up on lost time!

While some of the exercises she did were the same as from other clinics, the difference was how and when she was asked to do them.

“The biggest difference was, at Cognitive FX they were doing a bunch of different treatments at the same time, working different parts of your brain all at once. Whereas with the Chicago clinic, they would focus on one area and then move on to a different area at a different time,” she explained.

The fact that treatment took the specific needs of her brain into account was life-changing for Sam. “I think the most difficult thing for people to grasp is the fact that unlike a broken bone or something, a concussion is so different for everyone. Each person’s brain is so different that one treatment may work for one person, whereas someone else may need a completely different approach,” she said.

“A concussion is like a fingerprint. It's unique for each person.”

Treatment wasn’t all fun and games, though. Sam had migraines every night after treatment. She didn’t feel like she was improving much. But at the end of a grueling week, Sam went in for her final fNCI scan (this time without panic attacks).

“They pull you into a room and they give you a booklet and they show you all the results of your tests the first day compared to the last day,” she recalled. Even though she was too focused on her treatment regimen to notice, she had been improving. Overall, her fNCI scan showed 65.7% improvement over the initial scan!

“Seeing how much I had improved in every single section gave me hope and pushed me to keep doing my exercises at home,” she said. Once she returned home, she did her ‘homework’ faithfully:

If she skipped a day, she really noticed herself relapsing. So she pushed herself to keep doing the exercises. And three months after her treatment date, her headaches disappeared completely. Now, she doesn’t feel the need to do her exercises anymore.

Catching Up on the Fun Stuff 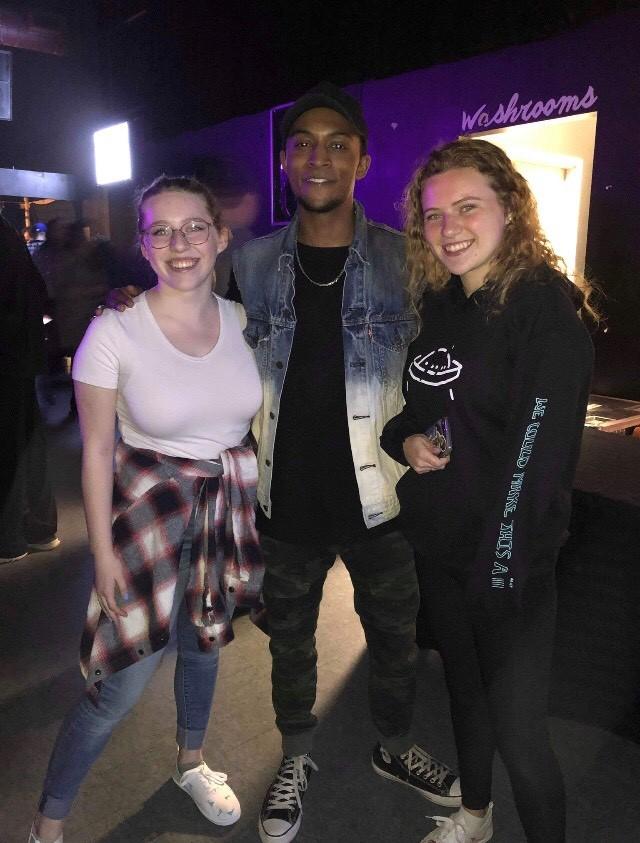 After her recovery, Sam can attend concerts and other events with friends without repercussions.

“Leading up to Cognitive FX, I felt the lowest I've ever been in my life and hopefully will ever be. I was so isolated and I felt so hopeless and I found it extremely hard to get out of that just because there wasn't much I could do and normal therapies weren't working for me,” she said. “But after Cognitive it's been like night and day. It's so much better. I feel like a normal teenager. I have friends that I hang out with. I actually leave the house now.”

Now, she’s catching up on experiences she thought she would never have. She went to her high school prom. She went to a concert for her sister’s birthday. She goes to the movies and eats out with friends. She works at a local market and plans to attend college after a gap year.

“Not to sound cliche, but the last five years were like those old wooden roller coasters that kind of bang you around a lot,” she laughed.

But she’s finally off the ride. And she couldn’t be happier about it.

Note: If you’re experiencing symptoms that won’t resolve after a soccer concussion or any other mild traumatic brain injury, you’re not alone. And you’re not crazy. On average, our patients improve by 75% after treatment at our center specializing in post-concussion therapy. To see if you are eligible for treatment, schedule a consultation.