Can You Recover from Severe TBI? When Doctors Say No, Don't Give Up Hope (Abigail's Story)

Health care providers often set low expectations after a severe traumatic brain injury (TBI). When patients exceed those expectations, it’s cause for joy. At the same time, it’s disheartening to be caught up in an endless litany of “can’t.”

Maybe you’ve been told your unstable emotions are “just how you are now.” Or maybe no one expects you to finish that law degree you started before the accident. But if you aren’t satisfied with those expectations, what can you do?

Can you recover from a TBI?

At our post-concussion clinic, we’ve seen numerous severe TBI survivors who made recoveries far beyond what their doctors said they could do.

They might never feel 100%, but the difference between “I feel like I’m in a fog all the time” and “I can think clearly” is life changing.

One of those patients is Abigail Ward.

Abigail fell 70 feet off Lisa Falls near Sandy, Utah. She was in a coma for three months. 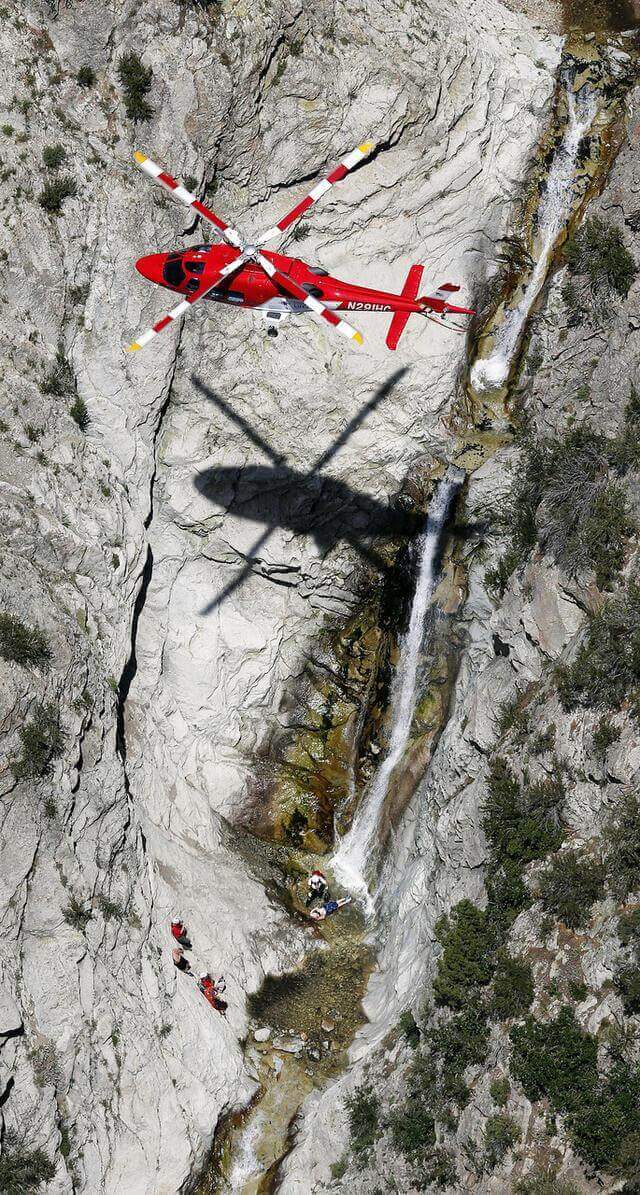 Abigail before being loaded into the rescue helicopter.

When she did wake up, it wasn’t all at once. It took four weeks to feel fully awake, and her speech and memory were the last to return. Her brain damage was significant, but not insurmountable. She was dedicated to recovering from Day 1, but she felt frustrated with the advice she got from her doctors.

“People think that anyone with a brain injury will just stay that way,” said Abigail. “My doctors expected that I would just stay in bed forever. The limitations that society was putting on me weren’t accurate.”

Abigail recounted a tremendous recovery journey — from bedridden to nearly finished with a college degree. This is her story, including details on the treatments that helped her get to where she is today.

No matter how badly you’ve been injured, you can make progress. The brain has a marvelous ability to overcome great obstacles given the right care. If you’ve suffered a severe TBI and have mostly recovered your ability to walk and talk, we may be able to help. 95% of our patients show statistically verified restoration of brain function. Schedule a consultation with our team for us to review your case.

The 70-Foot Drop from Lisa Falls

Abigail loves hiking in the mountains near her home, and Lisa Falls was one of her favorite spots. Most people take the short walk to the lower falls to watch the water cascading down from above. But Abigail really enjoyed the challenge of reaching the upper falls. It was her “secret” spot, a climb she’d made many times before.

One day in 2016, Abigail and her brother set out to climb Lisa Falls one more time before she left for a mission trip. That’s when one misstep changed her life. As she joked, “I loved the waterfalls, but one of them didn’t like me. You only have to slip once ... ”

Flowers atop Lisa Falls, one of Abigail’s favorite hiking spots.

She plunged 70 feet down the falls, landing on one of the rocky outcroppings between the peak and the bottom. Horrified, her brother called 911 from the top of the waterfall, then lost reception as he clambered down to check on Abigail. The dispatcher notified a Search and Rescue team, which realized the only safe way to retrieve Abigail would be via helicopter.

When Abigail’s brother made it to the bottom, he found her with her wounded head partially submerged in the water. He bandaged a wound on her side and gently raised her head out of the water, but she was unresponsive and he was afraid to move her. 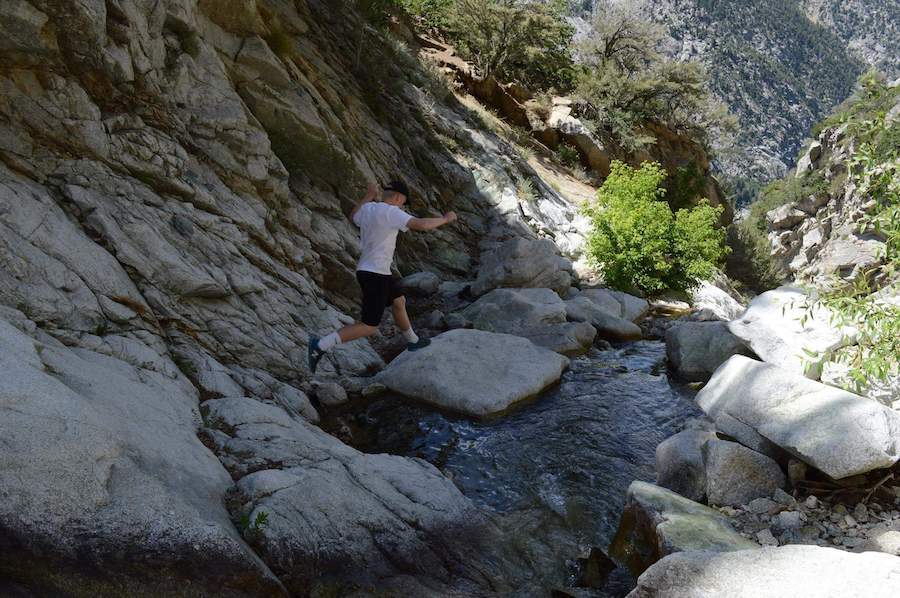 All Abigail remembers about the experience is seeing an angel who told her that she had a choice to live or die. She said she would stay and the angel replied that it would be hard, but everything would be okay.

For three hours, her brother shivered in the ice water, holding her and waiting for help to arrive. When the helicopter came, members of the Search and Rescue team were lowered down, along with a rescue basket. They stabilized Abigail as best they could and then signaled the chopper to head to an intensive care unit.

Her brother watched her fly off, then embarked on the hike back to his car with the help of an emergency team member.

Relearning How to Walk, Talk, and Work 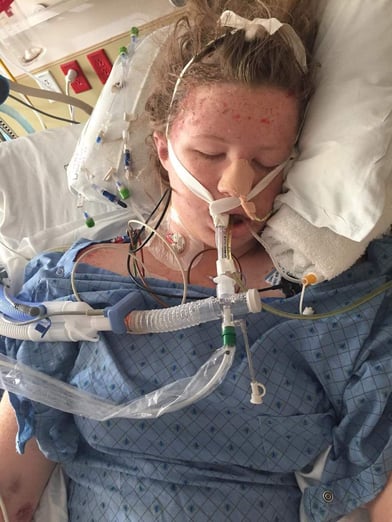 When Abigail reached the hospital, doctors weren’t sure she’d survive. She was in a coma that lasted for three months. When she started to wake up, she couldn’t speak.

At first, she was able to pay attention to what people said and did around her. Her mom remembers seeing her silently laugh at episodes of The Office during a brief home visit. At the hospital, she began to work on motor skills.

The photo on the right shows Abigail during her time in the hospital.

As she learned to march up and down stairs, she would gaze longingly out the windows at the grass and trees. After being trapped in the hospital for three months, she just wanted to feel the grass under her toes and smell the pines again!

But this wasn’t the first challenge she had overcome. She’d already recovered from being hit by a car ... twice. Plus, she spent her 17th birthday in a cancer hospital after surgery to remove ovarian cancer. “I passed the time singing ABBA’s Dancing Queen to myself,” Abigail chuckled.

There was no way she would let a head injury keep her down.

Slowly, her memory started to return, but it was incomplete until she started talking.

At first, she couldn’t activate her voice box, whistle, or even snap her fingers, so she communicated by pointing.

When her speech did return, it was breathy and quiet. 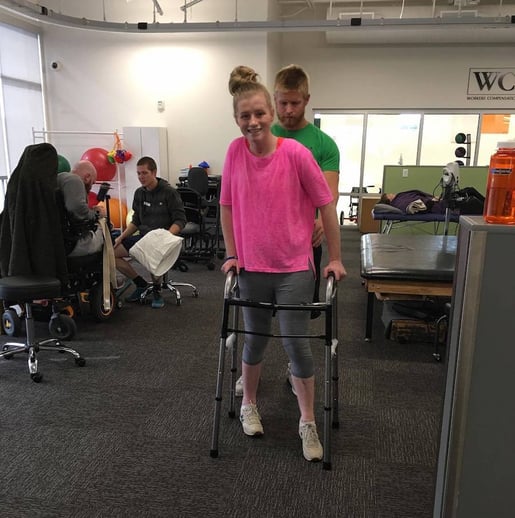 Only after doing exercises with Dr. Ellerston, a local physician, to strengthen her vocal cords and soft palate did her voice fully return.

Once back home, she went to daily physical and occupational therapy for a year, then three times a week for another year, and eventually stopped therapy when the COVID pandemic hit.

The photo on the left shows Abigail in physical therapy.

She’d made so much progress that she was able to return to college (while continuing therapy). It was quite an accomplishment for someone whose doctors told her she’d probably live the rest of her life in bed.

Nevertheless, Abigail still wasn’t convinced that she’d reached the limit of her recovery.

In her search to keep healing and improving, Abigail found Cognitive FX. A family who attended the same physical therapy clinic as Abigail said they had a great experience, and that was enough to convince her parents.

At Abigail’s first visit, she underwent an fNCI scan, which is a type of functional MRI. This was the first time she had this type of a scan. It showed the parts of her brain that were still dysfunctional after her TBI and whether they were hyperactive (overextending themselves) or hypoactive (not engaging to the extent that they should).

fNCI results are summarized in a “severity index score.” Zero represents an average, uninjured brain. Scores above zero stem from brain dysfunction detected during the scan.

For example, the scan showed that her left posterior temporal lobe, which is used in retrieving words from long-term memory, was hypoactive.

The treatment team used that scan, in addition to Abigail’s self-reported symptoms and additional testing, to tailor her therapy plan.

During her week at Cognitive FX, Abigail’s therapy was more multidisciplinary than the therapy she’d had in the past. The treatment included neuromuscular, cognitive, occupational, sensorimotor, and vision therapy, among others.

Her week was full of problem solving, word-finding exercises, balancing, multitasking, and more. She enjoyed the brief pauses and meditation sessions built into treatment that gave her brain the peace and quiet needed to relax.

These therapies helped her brain use neuroplasticity to continue recovering from the head trauma she sustained during her fall. The right combination of stimuli in therapy helped it reestablish healthy communication between her neurons and the blood vessels that supply them with oxygen and other nutrients.

After treatment, she noticed a dramatic improvement in her sleep quality. Now she is able to sleep more than six hours at night, like she did before the head injury.

Abigail also learned that she had two major areas to keep working on: vision and mental health. 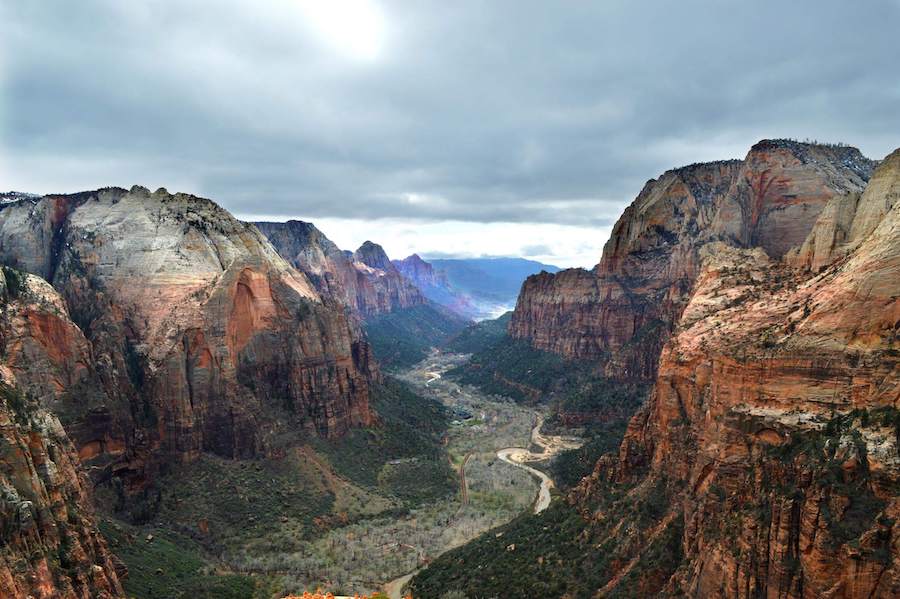 Mental health issues are common in patients with TBI. After TBI, people often experience depression, anxiety, and other emotional changes. Recovering from those changes involves directly treating the brain injury, plus additional time with a psychologist or psychiatrist as needed.

Abigail suffered from an overactive sympathetic nervous system (think “fight-or-flight” response). She also struggled with depression because she blamed herself for the fall. Plus she struggled with the fact that there were things she wanted to do that she still couldn’t.

After a few sessions with the psychologist at Cognitive FX, Dr. Spangler, Abigail understood that her mental health was important, too. Since then, she’s made a lot of progress in resolving grief from the injury and developing healthier habits. She also enjoys the meditation techniques she learned during treatment.

“My stay at Cognitive FX brought up a lot of stuff and allowed me to start recovering emotionally,” she explained. “I really had ignored the fact that my injury was emotionally distressing.”

At the same time, she also continued therapy for her vision problems, such as spotty peripheral vision. She visits Dr. Duval, who often treats Cognitive FX patients for vision issues after a concussion or severe TBI. 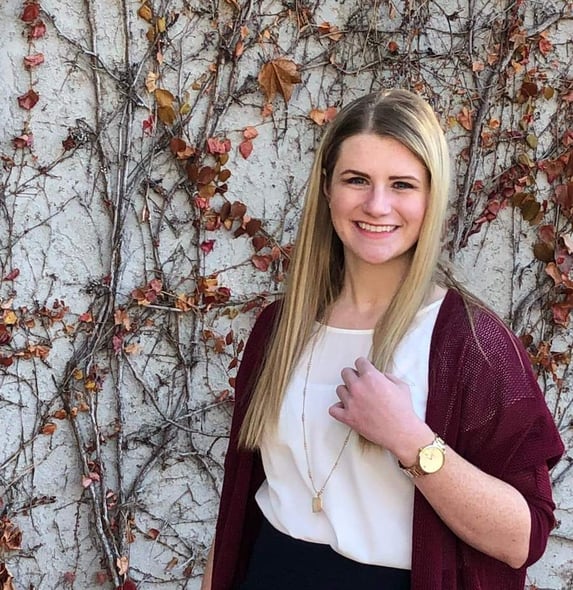 At this point, Abigail and her family members feel that she is 95% recovered.

Abigail has come a long way from a girl in a coma, so when people ask, “Can you recover from TBI?” her answer is always yes — with the right help from the right people.

She stays healthy by continuing to use what she learned at Cognitive FX — doing brain games, working on her vision issues, and exercising.

The photo on the left shows Abigail Ward two years after her traumatic brain injury.

When she first returned to college after her injury, she felt that her symptoms precluded her from becoming a doctor, so she switched to economics. Now, she’s more confident in her abilities and looks forward to what the future holds.

“There are all types of things you can do with a degree in economics. The whole world is open to me — I can go anywhere.” Abigail explained.

“Right now, I’m not sure how I’ll make a difference in the world, but I know I will.”

No matter how badly you’ve been injured, you can make progress. The brain has a marvelous ability to overcome great obstacles, given the right care. If you’ve suffered a severe TBI and have recovered your ability to walk (at least some of the time) and talk, we may be able to help. 95% of our patients show statistically verified restoration of brain function. Schedule a consultation with our team for us to review your case.

Kathleen is a freelance marketer and writer who works with companies in a variety of industries. She’s based near Atlanta, Georgia, and you can get in touch with her at www.gettingitwriteinc.com.