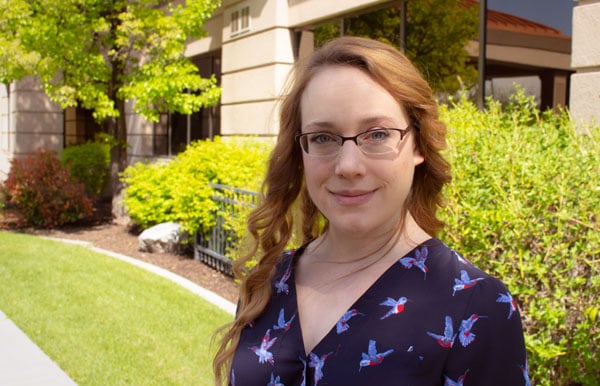 37 Symptoms of Old Head Injury and How to Treat Them

Any head injury — including concussion — can cause symptoms that last for years after the injury. Up to 30% of post-concussion patients experience symptoms beyond the expected three-month recovery window. Other types of brain injury, such as severe traumatic brain injury (TBI), transient ischemic attack (TIA), certain viral or bacterial illnesses, carbon monoxide poisoning, surgery, and chemical exposure can result in lingering symptoms, too.

We’ve treated patients whose brain or head injuries were decades ago. For example, our patient Sam Gray came to us thirty years after his brain injury. Because we specialize in lingering symptoms from old brain injury, we were able to help him.

That’s the good news: Most symptoms of old head injury are treatable. These symptoms typically stem from some combination of the following:

The bad news is the connection between a brain injury and its long-term effects is easy for patients and doctors to miss. Perhaps you didn’t mention your injury to them because you didn’t think it was relevant. Or maybe you did, but they’re not aware an old head injury can cause so many different symptoms.

Whatever the case may be, many patients with persistent symptoms don’t get the help they need. But with the right treatment program, patients can and do recover. 95% of our patients experience statistically verified restoration of brain function after treatment at our clinic. On average, their brains improve 75% on a functional neurocognitive imaging scan (fNCI scan) and 60% on symptom severity after just one week.

Schedule a consultation with our team to find out if you’re a good fit for our treatment program.

The effects of a head injury are wide-reaching. They can produce symptoms that seem completely unrelated to your brain. Here are thirty-seven of the symptoms we’ve seen caused by an old head injury:

Emotional Symptoms of a Head Injury

Emotional symptoms can take you by surprise after a head injury. They could start immediately after the injury or appear later in your recovery journey.

Note: If you are experiencing suicidal thoughts, please seek help from a qualified medical professional. You matter, and you can get better. In emergencies, call the National Suicide Prevention Hotline at 1-800-273-8255.

Cognitive Symptoms of a Head Injury 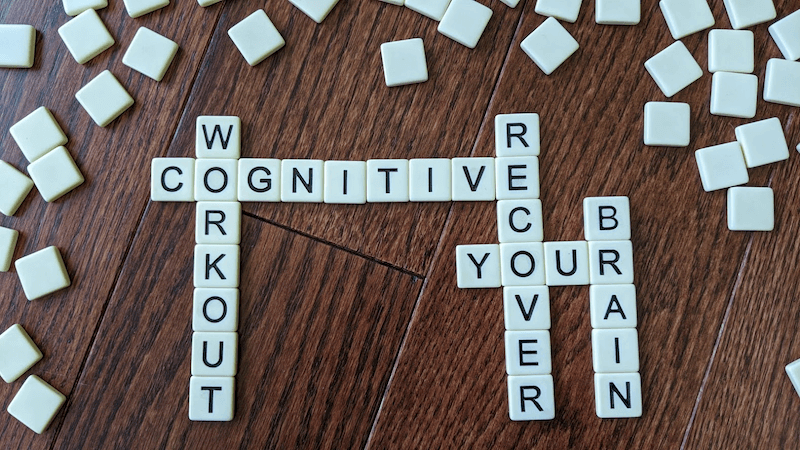 Cognitive symptoms that linger after a head injury are most likely caused by brain dysfunction that has not resolved after the injury. They can also be induced or made worse by other symptoms, such as poor sleep quality and anxiety.

Brain fog, struggling to make decisions, and other cognitive symptoms are extremely frustrating to experience. You are not crazy for experiencing them; don’t believe anyone who tells you otherwise. Instead, get help from a professional who will listen to your medical history and experiences and then help you overcome them.

While they aren’t a substitute for treatment, these cognitive exercises can help you care for your brain health at home: 17 Cognitive Exercises for Post-Concussion Syndrome You Can Do at Home.

Physical Symptoms of a Head Injury

But they aren’t the only ones you might experience. The brain is closely connected to the autonomic nervous system (ANS), so you might experience ANS-related symptoms such as heart rate irregularities, blood pressure issues, stomach problems, exercise intolerance, body temperature irregularities, muscle tension, and an exaggerated startle response when this system is malfunctioning.

Many times, doctors will not connect the dots between these symptoms and an old head injury. If you’ve had a head injury and experience any of these symptoms, the head injury could be the cause, although it’s important to let your doctor check for other causes.

By the way, we created an online course that covers which types of headaches you can get after a concussion, as well as specific techniques for coping with those types of headaches. If you want to learn how to manage your headaches at home, visit our course.

The main cause of persistent head injury symptoms is dysfunctional neurovascular coupling, though the development of dysautonomia or hormone dysfunction can also play a role. Neurovascular coupling (NVC) refers to the relationship between neurons and the blood vessels that supply them with oxygen and micronutrients.

In a healthy brain, blood vessels provide a sustained surge in oxygen when neurons demand it. But if NVC is dysregulated, affected neurons (or whole brain regions) may not get the right amount of oxygen at the right time and fail to complete the tasks they’re responsible for, such as making a decision or encoding a new memory. Healthier brain regions might try to compensate for injured brain regions, but they may or may not succeed. And it’s easy for your brain to become overwhelmed as a result.

If your injury was severe, you may also have some dead brain tissue. While we can’t revive dead brain cells, the brain can route around them to try to compensate as best it can. Patients with physical or cognitive impairment from a severe head injury may have lingering symptoms that do not respond to treatment. But they often make more progress than they expect during treatment.

Some people think persistent symptoms are tied to the severity of the injury. For example, many patients (and even some doctors) think a mild traumatic brain injury isn’t enough to cause lasting symptoms unless the patient experiences loss of consciousness or memory loss after the accident. But the reality is that any head injury can cause dysfunctional NVC, whether it’s a “mild concussion” or a skull fracture that causes serious brain damage.

And knowing that is important: According to the Centers for Disease Control and Prevention (CDC), mild TBI makes up roughly 75% of brain injuries in the United States. Those patients deserve accurate health information and good treatment options if their symptoms persist!

Another myth pervasive in health care is that these persistent symptoms will not go away no matter what you do. A few decades ago that was true; however, there have been many advances in both treating acute serious injury and in medical care for patients with lingering symptoms.

Some medical professionals think symptoms can’t be from a brain injury unless the damage shows up on a structural MRI or CT scan. While you can see some serious injuries requiring immediate medical attention (like blood clots, hematoma and contusion, and so forth), you cannot see dysfunctional NVC on those scans. It requires specialized imaging like fNCI to detect NVC dysfunction.

Finally, patients with a severe TBI are often told to moderate expectations for recovery. Many treatment programs end when patients regain the ability to brush their teeth and hold a basic conversation because their health care providers may not believe patients can make further recovery (or know how to help them do so).

But if you want to improve beyond basic activities of daily living, there is still hope for recovery. While severe TBI patients do have more limitations and should have lower recovery expectations than mild TBI patients, that doesn’t mean you can’t keep recovering years after a head trauma. Read about five patients who made amazing progress even after debilitating injury.

Get Treatment for Persistent Symptoms at Cognitive FX

The good news is that we can “see” hypoactive and hyperactive brain regions with functional neurocognitive imaging (fNCI). You can read more about how fNCI works here.

At CognitiveFX, every patient receives a diagnostic fNCI scan before their treatment begins. This scan shows us how your brain was affected by your injury so we can tailor your treatment program accordingly.

For example, our patient Olivia Seitz had very little activity in her basal ganglia and thalamus, as shown on her fNCI. We were able to work on those regions during her therapy with Dynavision and sensorimotor therapy, among others. 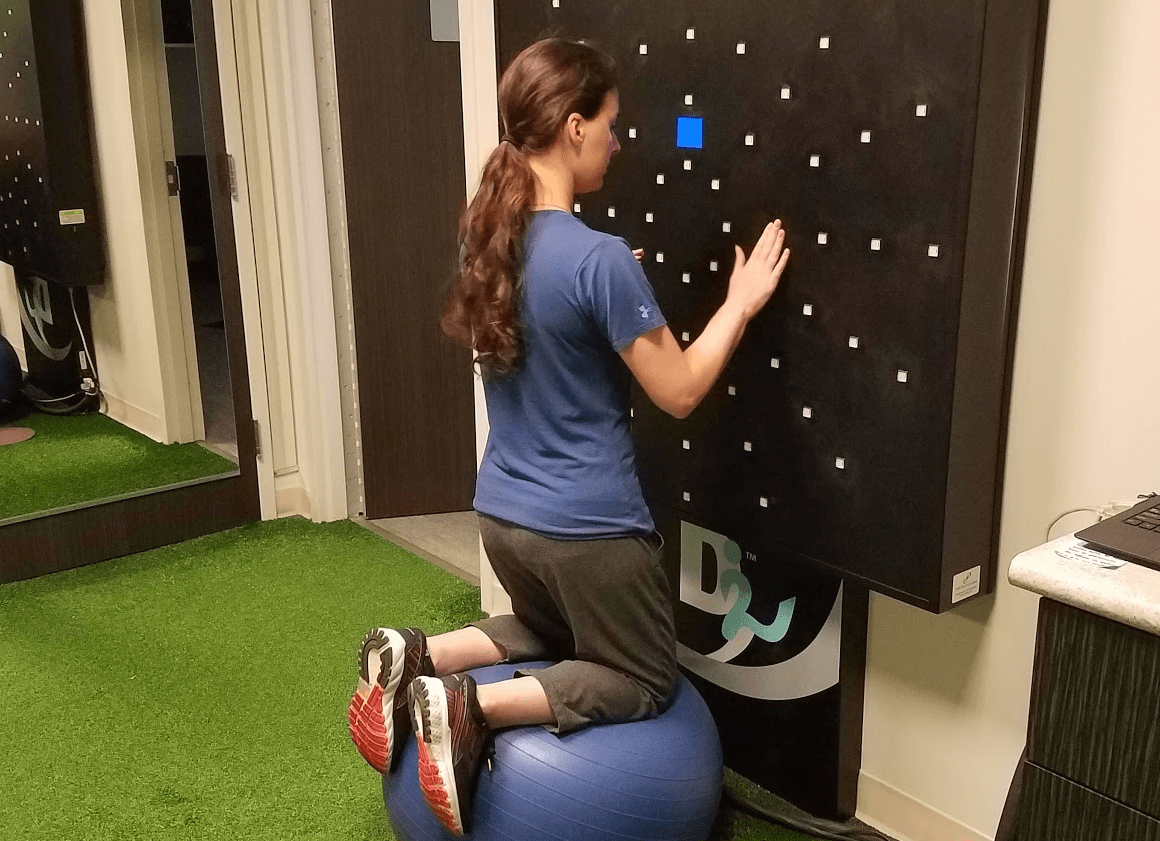 Some of the therapies we employ during treatment include cognitive therapy, occupational therapy, neuromuscular therapy, cardio exercise (even for folks with exercise intolerance), sensorimotor therapy, neurointegration therapy, psychotherapy, and more. These therapies challenge the brain to return to healthier ways of handling cognitive and physical demands.

For example, our patient Samuel Gray balanced on a Bosu ball while a therapist had him name a fruit for every other letter of the alphabet, beginning with the letter Z and going backward ... all while they tossed around a football.

“The point is that you're occupying the parts of your brain that, at least in my case, I had mapped around and was supposed to use for balance and catching, but that I was using for things like word retrieval as well as balance. But I wasn't using the correct part of my brain for word retrieval and memory. So that exercise was forcing my brain to use the correct parts,” he said. “Doing that is very difficult when you haven't used those parts of your brain in 33 years!”

You can learn more about what therapy week is like here.

This approach to treatment works because of neuroplasticity. Our brains have an amazing ability to adapt and rewire themselves in response to stimuli. The key is knowing what combination of physical exertion, cognitive puzzles, and rest to provide.

At the end of the week, each patient receives another fNCI to confirm their brains have responded to treatment. 95% of our patients experience statistically verified restoration of brain function, with an average improvement of 75%.

If you’d like to know if our treatment program can help you, sign up for a consultation.

Dr. Jaycie Loewen is a Clinical Neuroscientist who received her Doctorate of Neuroscience at the University of Utah. Her background includes the study of basic and clinical brain injury, including the publication of research regarding mechanisms of epilepsy pathophysiology. Her work has elucidated the role of glial and neuronal cell profiles in viral-induced brain injury and acute seizures. Dr. Loewen is further a Howard Hughes Medical Institute Scholar, with a Master's in Clinical Investigation awarded in 2018, as well as a recipient of the Higher Education Teaching Specialist Certificate. Through these degrees, she obtained experience with patient care and education as well as an understanding of the necessity of respecting patient experience and symptoms. Dr. Loewen’s focus is firstly patient care and education. She also provides literature analysis and aids in the publication of Cognitive FX’s research. Her goal is to improve Cognitive Fx’s ability to help patients through equal interaction and communication, as well as the furthering of concussion and mild traumatic brain injury treatment and science.

Yes, a Concussion Can Cause Difficulty Breathing (and More)

Yes, Long COVID Can Cause POTS and Dysautonomia

What to Do When Long COVID Causes Erectile Dysfunction